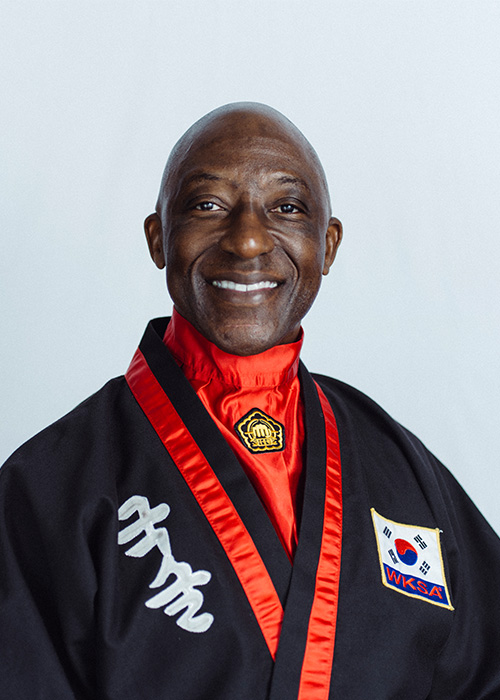 As an instructor, JIKJN Tim is unparalleled in his ability to help his students reach their fullest potential and achieve their highest goals. Due to his dedication to excellence, JIKJN Tim has trained students to become National and World Grand Champions in every category from First Degree Child through Fourth Degree Senior. Parents and students alike have the utmost respect for JIKJN Tim’s martial arts knowledge and expertise, but they also value the unique combination of respect, discipline, and fun he brings to his classes.

As a school owner, JIKJN Tim teaches his instructors to work with students at a pace that is appropriate for their age, rank, and developmental level. Under his direction, Kuk Sool Won™ of Oak Hill Martial Arts has had the honor of placing first two years in a row in the world and international competitions. 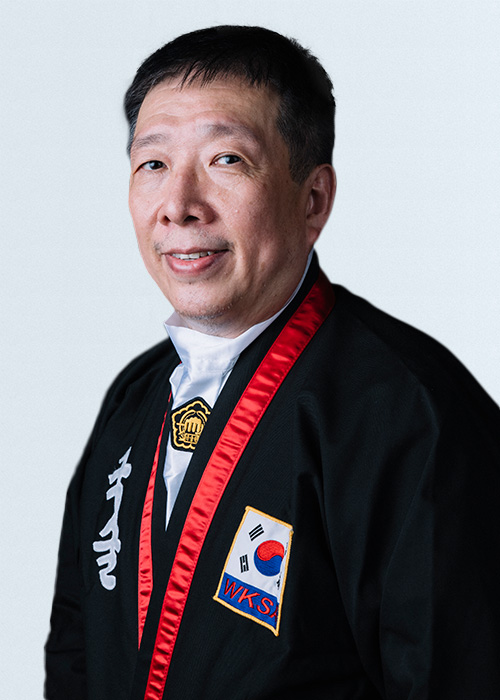 PKJN Ken Chui, fifth-degree Black Belt Master, began training in Kuk Sool Won™ of Oak Hill Martial Arts in 1999. Since then, he has amassed an impressive array of titles and awards. PKJN Ken has been awarded the coveted World Grand Champion trophy at the first, second, third, and fourth-degree black belt levels, competing as both an adult and a senior. Hailing originally from Hong Kong, PKJN Ken has called Austin home since his college days at UT. He is always described as a favorite instructor by our children, teen, and adult students alike. His classes are some of the most challenging, but also some of the most fun! Let PKJN Ken show you how to become a world-class martial artist too.

PKJN Ken had the honor of receiving: 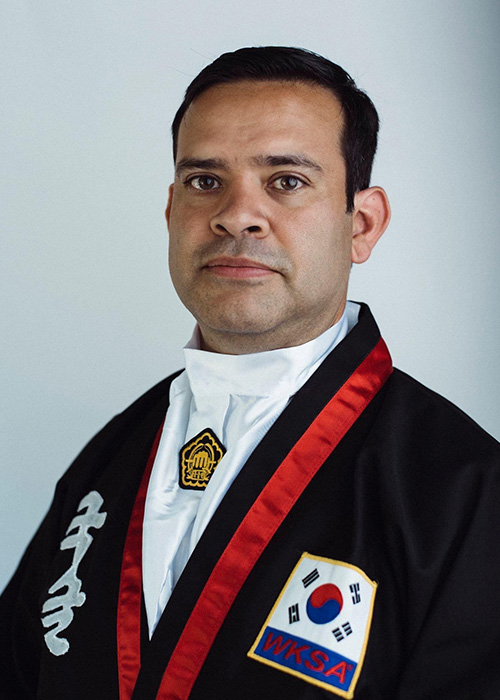 PKJN Anthony Morales began his Kuk Sool Won™ training in San Antonio, Texas under Chief Master In Joo Suh. A year later, he moved to Austin, Texas to train alongside his brother and under PKJN Dewain Perry. He gained his black belt and began teaching in 2002. In 2005 Anthony was invited to be an instructor at the Kuk Sool World Headquarters in Houston, Texas under SSKJN Alex Suh. At WKSA HQ, PKJN Anthony gained valuable experience training with top masters and school owners from around the world. In 2012 he was reunited with long-time instructor JIKJN Tim King.

PKJN Anthony’s time under dynamic and demanding instructors transformed him personally and professionally. He credits his martial arts training as a key factor in his success in life. He has taught students ages 3 to 85 and pushes them as hard as he pushes himself. PKJN Anthony believes that through deliberate and dedicated practice, we will find greatness in ourselves.

PKJN Anthony had the honor of receiving: 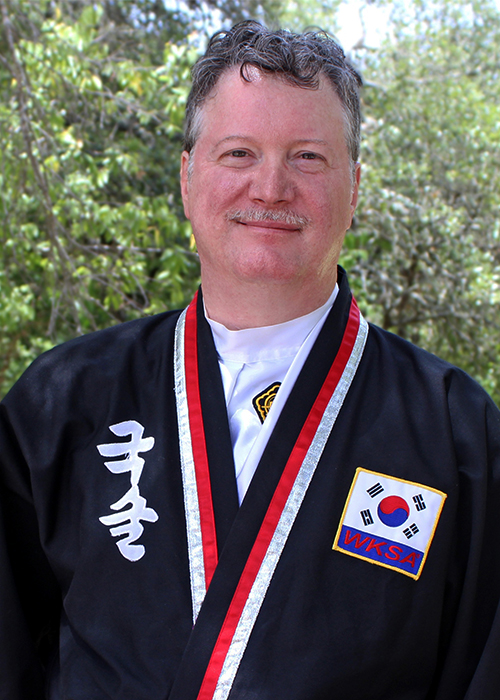 “As a martial artist, I believe in magic. Without it, we would just be kick-boxers.” I began my martial arts education as a wrestler in 1978. My next art was Okinawan Karate taught by Sensei Miyagi. I was introduced to original Korean martial arts through my fellow student Remo Williams. Along the way, I practiced creative conflict resolution using the various Gygax rule systems. In 1999 I looked for a school to begin training and found a wonderful group of instructors teaching Kuk Sool Won™ in South Austin. I know that Kuk Sool Won™ can help me deal with many situations and that the training is always with me, never left behind. I train in Kuk Sool Won™ to round out my skills as a warrior and to improve my conditioning and maintain my health. I find Kuk Sool Won™ to be comprehensive, practical, and enjoyable. 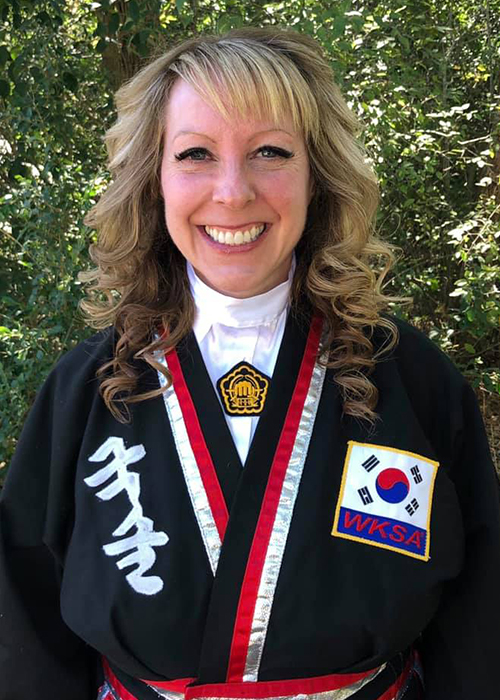 SBN Barbara had the honor of receiving: 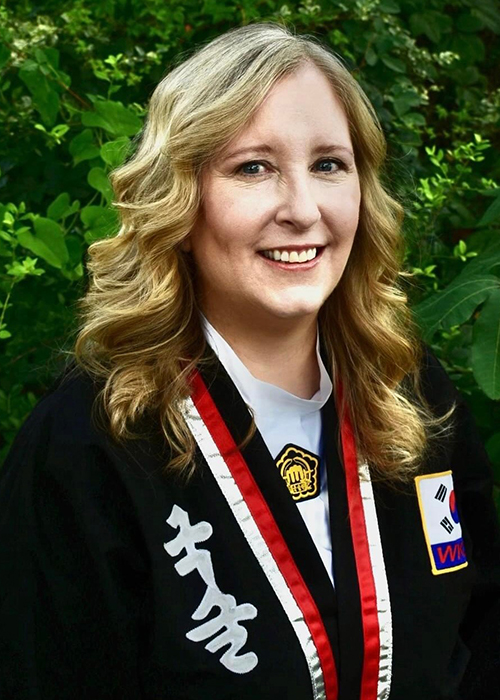 SBN Alicia Ang is a fourth-degree black belt instructor who has been training in Kuk Sool Won™ since 2005. SBN Alicia joined Kuk Sool Won™ to train with her son KSN Samuel, who is a second degree black belt. The Angs became a complete black belt family in 2010 when SBN Alicia’s husband PSBN Chris and daughter KSN Lily earned their black belts as well. “I feel very fortunate to have an activity that’s both a fun cultural experience and beneficial to my whole family’s mental and physical well-being.” SBN Alicia enjoys teaching children and adults and would like to show you how working out together can be a healthy and exciting way to spend time with family and friends. 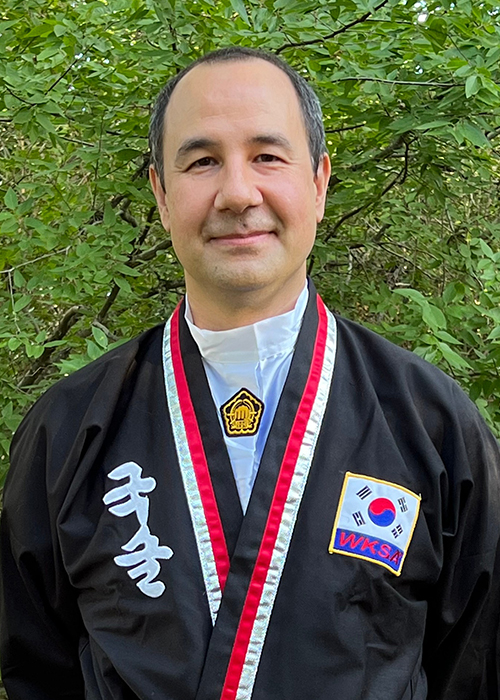 SBN Chris had the honor of receiving: 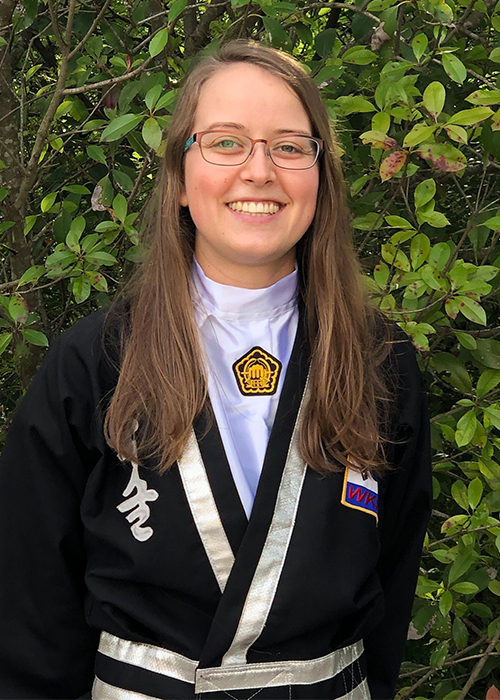 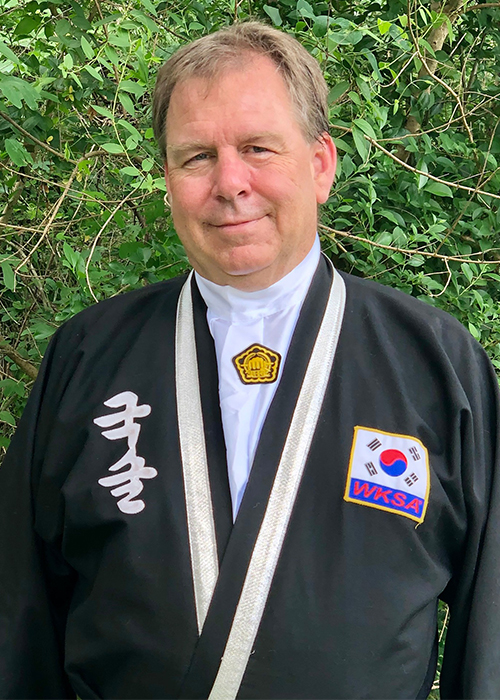 KSN Roger Meador started his martial arts journey at Kuk Sool Won™ of South Austin under PKJN Dewain Perry in 2006, which became Kuk Sool Won™ of Oak Hill under PKJN Tim King. While working in the technology and contact center industries sometimes gets in the way of martial arts training, he always returns to Kuk Sool Won™ of Oak Hill to continue training and instructing.KSN Roger believes in addition to the martial arts training, the discipline, self-reliance, and self-confidence achieved through martial arts has impacted all aspects of his life. Instructing is a way he can give back to the school, students, in addition to continuing his training. One of his favorite things about Kuk Sool Won™ are the techniques, manipulating joints, different types of throws, and even the falling and acrobatics that go with having techniques performed on you. 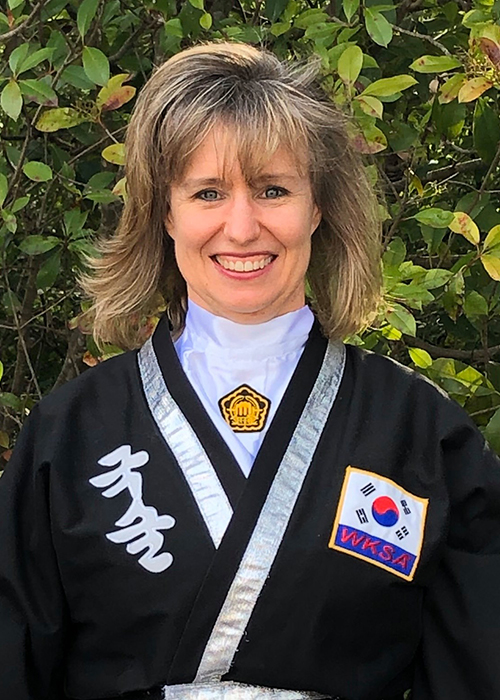 PKSN Brenda Hayosh began training at Kuk Sool Won™ of Oak Hill Martial Arts in 2012 at the young age of 42! She was promoted to first-degree black belt in May 2016 and second-degree black belt in May 2020. KSN Brenda is an accomplished athlete, a former gymnast, has completed 6 marathons, 4 Half Ironman Triathlons, and competed as a bodybuilder. KSN Brenda brings her athleticism, energy, excitement, and enthusiasm for Kuk Sool Won™ to all of her classes, whether she’s instructing the class or participating as a student. KSN Brenda enjoys Kuk Sool Won™ because it combines many disciplines like balance, flexibility, strength training, cardiovascular training, memory challenges, self-defense work, and the most practical life skill…how to fall safely!

KSN Brenda had the honor of receiving: 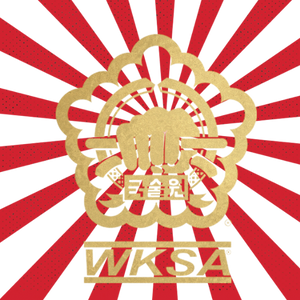